Well, what I really liked about twitter is that, with the constraint of limited word count one had to really be to the point without hiding behind long winded posts. However , see the post below by Jonathan Davies, editor, Digital Marketing Magazine.

Twitter has announced it is trialling a 280-character limit on its tweets for some users.

Twitter founder Jack Dorsey was the first to trial the doubled character limit, explaining that it is “a small change, but a big move for us”. He said the social media giant was addressing a “real problem people have when trying to tweet”.

The change will be tested in all languages aside from Chinese, Japanese and Korean – three languages which convey more in a single character than their international counterparts.

In a blog post, Twitter product manager Aliza Rosen, said: “Trying to cram your thoughts into a Tweet – we’ve all been there, and it’s a pain.”

“We understand since many of you have been Tweeting for years, there may be an emotional attachment to 140 characters – we felt it, too.

“But we tried this, saw the power of what it will do, and fell in love with this new, still brief, constraint,” she said. 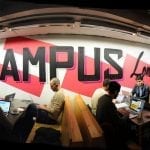 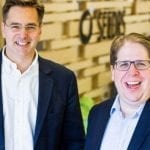