How Google aims to bring TV advertising into the 21st century

TV has traditionally been top of the food chain in terms of ad spend, but all that changed in the US last year when it was surpassed by digital. As the leading online advertising provider, Google hopes to replicate its lead in the digital landscape on traditional living room screens, now it has shown its hand.

This was made clear in a host of announcements made at Google’s recent Partner Leadership Summit where it announced several new TV ad products in DoubleClick For Publishers (DFP). Among this the highlights were:

Rany Ng, Google’s director of product management for video advertising, is leading this charm offensive, with the executive today (October 19) penning a blog post outlining the TV monetization tools. Here she also outlined her vision that while TV content has never been better, however, “the experience is not.”

“Over the years, we’ve rebuilt our video platform from the ground up — we knew that TV was a very different experience from the web and we knew that broadcasters had different challenges, infrastructure, distribution partners and content from web publishers,” reads the post.

“With TV coming to digital, we put our stake in the future of building for a better user experience — one that was connected, always on, and on-demand.”

Addressing attendees of the recent Google Partner Leadership Summit she said that the imminent changes to the TV ad experience isn’t about replacing TV with digital, nor is it about replicating TV in a digital world.

It’s observations such as this that have motivated Google’s latest efforts culminating in the above product launches, with the outfit better help media owners monetize both live, plus on-demand content across screens, and even on set-top boxes, according to Ng.

Google also reports that the growth of connected TVs has seen it witness a 90% increase in YouTube content, a period which also saw it witness a two-time increase in ad impressions alongside its DFP partners. And with over 5m hours of news videos watched daily on YouTube – that’s 3.6-times the amount spent watching video news, according to Google data.

During her recent conference pitch, she gave further insight to the product roll outs, read below for more detail.

TV Content Explorer will use machine learning and heuristics derived from a media owner’s content data feed, as well as other data sources to help them better monetize. This will include using the above data signals to automatically generate forecasts about which content categories will drive the most yield.

This will also include ‘insight cards’ (recently unveiled in its recent Insights Engine Project) that will contain statistics such as sell-through rates, revenues trends or opportunities, including the ability to benchmark against wider industry standards, as well as forecasting capabilities.

“With TV Content Explorer, we have really revamped the entire interface so you can better plan an sell against your content,” claims Ng.

The seasonal viewership pattern of TV viewers is complex, with Ng adding that the complexities of scheduling, such as when televised sports games are played etc can lead to unpredictable spikes in traffic.

This makes the management of TV art time a difficult chore, and it is precisely for this reason that Google is soon to launch TV modeled forecasting and pacing in DFP as part of a beta trial later this year.

According to Ng, the tools will help publishers analyze historic data over an 18 month period, with Google on hand to help them analyze patterns in their audience behavior, such as organic growth, seasonal trends, as well as account for anomalies observed in their figures.

“We have leveraged a lot of Google’s scaled infrastructure, machine learning and advanced simulations to provide the most comprehensive forecasting system for video,” she states.

“We also allow you to import your offline TV data to inform our prediction models, and we can provide side-by-side views of your historic, versus future predictions, so you can get simultaneous view into availability and make adjustments where necessary,” according to Ng.

Armed with a host of statistics, Ng claims that on YouTube, Google has seen that campaigns that use intent-based targeting on mobile have 20% higher ad recall, and 50% higher brand awareness lift, compared to campaigns that only use demographic targeting.

Over the past year Google has observed over two-fold growth in the number of ad impressions from programmatic guaranteed deals from video in particular, according to Ng. She claims that while programmatic video presents great opportunity, it also introduces complexity into the traditional TV buying model.

This is especially the case as on-demand viewing patterns start disrupt the previously “fixed components” of every hour programing featuring certain amount of commercial time, with a fixed amount of media buyers, etc.

“However, the ability to dynamically show different users, different ads, and with real-time advertiser selection made possible through auction models and programmatic, we have to try and remember the user’s experience,” says Ng.

“This means not showing the users the same ad over-and-over again during the same show, and last year we announced the first phase of Smart Ad Breaks which unifies competitive exclusions to avoid sales channel conflicts across direct, and in-direct channels.”

Under the new updates media owners using DFP now have multiple options to monetize their air time in a way they think will maximize yield.

“We are now making it possible to make a portion, or indeed all, of your programmatic ad break available to programmatic demand partners in DFP. So you can sell your entire [ad] break, or a specific duration, at once through programmatic guaranteed deals, private, or open auction,” she adds.

“So we want to see how we can help you deepen your engagement with mobile-first video ad formats… we believe this combination will drive higher value and revenue into publishers,” explains Ng.

These new formats include six-second “bumper ads” which can “adapt to the fact that we have limited attention spans on mobile.”

In addition, is a new “portrait video format” which has been designed to accommodate the fact that most people hold their phones in such as manner.

Also among the updates is an outstream video format, whereby ads can be placed in between the paragraphs of text-based content. This is so advertisers can serve users with ads in-article, and in-feed news in mobile web, mobile app, across desktop and across reserved programmatic deals, as well as on an open auction.

Some stats from the early tests

The progress of TV advertising will be about evolution, not necessarily revolution, according to Ng / pixabay

Publishers to have used the formats in their early testing phase saw a three-time increase in out stream revenue, according to Ng. She also states that on YouTube, Google has seen that campaigns that use intent-based targeting on mobile have 20% higher ad recall, and 50% higher brand awareness lift, compared to campaigns that only use demographic targeting.

After testing its bumper ad formats in the first half of 2017, early tests have demonstrated a “phenomenal” increase in demand and yield for publishers, according to Ng, who adds that that they helped generate a 20% CTR-lift.

Speaking to journalists on the sidelines of the conference, Ng was also quick to point out that Google’s video ad serving platform and exchange was comparable to alternatives on the market, with the dual offering integrated into one platform.

“That allows us to do some unique things around just being able to understand directly sold campaigns, and direct relationships, along with programmatic relationships,” according to Ng.

This unified helps media owners to better manage some of the complexities of multi-channel monetization, such as understanding how best to monetize their ad inventory – “sales channel conflicts” being a common teething problem for publishers on the early steps of their programmatic strategies.

“One of the things that we’ve seen with some of the partners with we’ve worked with such as CBS is that they’re trying to work out how they embrace this new paradigm shift, and thinking about how new streaming services coexist traditional television,” she says.

She recounts how the broadcaster adopted a novel approach to the debut of its recent Star Trek reboot which entailed premiering the first episode on traditional linear TV channel, with subsequent installments only available on its streaming service.

“On that day they saw the highest number of [streaming service] sign ups,” she said. “As we think about the convergence of TV and digital, it’s not about TV replacing digital, it’s about bringing the best of both.” 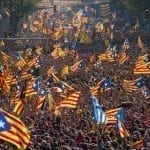 Catalonia plots digital government in exile in bid for independenceUncategorized 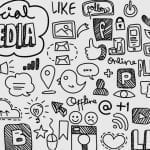 What are social signals and how to use them for SEO? Read thisLONDON SEO AGENCY, Uncategorized
FREE For 2 Weeks. Then, Under $2 per day . Cancel Any Time!
LETs GO
This is default text for notification bar
Learn more