I’m a big fan of Search Engine Optimisation. I’ve been working in natural search for the better part of half a decade, initially starting in the wake of the Penguin algorithm update. During my short professional career, I’ve seen the industry evolve from somewhat of a “dark art” to the content-led PR integration initiative that is commonplace today – and I’m a big fan of this change.

Despite this, general marketers and some specialists occasionally have a difficult time grasping what SEO is, if it’s important and whether it should be a key focus for digital marketing activity. Ultimately, nowadays I like to think of search engine optimization as not a stand-alone channel, but a “series of best practices for the majority of online (& offline) channels”.

Think about it. Planning a Display campaign? Ever thought of using a “search” call to action? Developing a new landing page for part of a Paid Search strategy? What kind of impact will this have on SEO; will this cause duplicate content? Could we optimize this landing page for the natural search to give an opportunity to rank organically?

Here is a round-up of some of the most common questions I’ve had from clients and digital marketing peers, with my take on the answer. 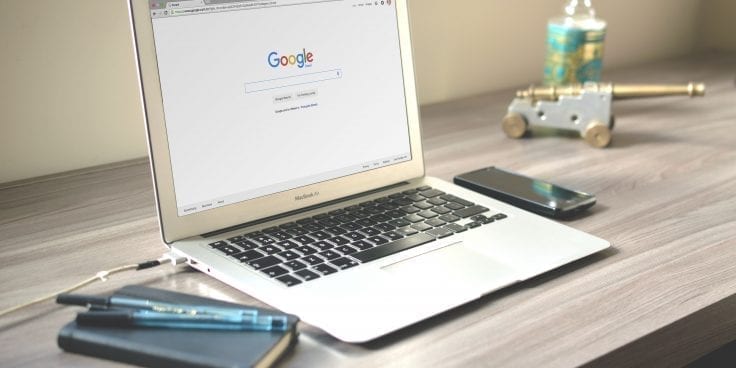 Critics (I like to think of them as Paid Search specialists) have said that SEO is dead or has been dying for many years, this simply is not true. Instead, SEO has evolved in a variety of ways. Borrowing elements from PR, Journalism, Video & even traditional marketing to drive results.

Moreover, the landscape of search has changed dramatically over the last few years. With the introduction of Page Speed & User Insights as a ranking factor and the rise of Voice search, a SEO’ers job 5 years ago is not the same as it is today.

Admittedly with the introduction of Not Provided in 2011, I can see how many marketers place “more value” in Paid Search than Organic, at-least at a keyword level. However, as we’re told more and more – keywords are not the be all and end all.

Ultimately, I think this change in the landscape with natural search professions having to borrow elements from other channels, combined with lack of transparent data really sparked this conversion on “SEO dying”. From my perspective, this is simply untrue and instead shows an ignorance of the channel.

SO, how has SEO evolved?

Historically, grey hat techniques that drove results in the early days of search engine optimization no longer work, however as mentioned SEO is not dead. Instead, since the introduction of the Panda, Penguin and Hummingbird/Knowledge Graph parts of the ranking algorithm, the practices to increase search engine visibility have changed.

Now, there will always be a place for technical SEO and this mostly hasn’t undergone a large change over the last few years. Ensuring that a website is accessible from GoogleBots (or BingBots) and guaranteeing there aren’t any pitfalls that are causing indexation, crawlability or duplicate content issues will play a key part of any SEO strategy of many years to come.

This change in SEO is more to do with content. With the introduction of the Panda, the quality of the content found on a domain is a large part of the on-site ranking factors. Similarly, with the introduction of Penguin, the ability to grow search presence by the purchasing of backlinks is no longer an approach that drives results. Instead, this off-site part of the ranking algorithm, AKA links, need to be generated naturally – you need to give a reason for someone to link to you.

Which is where we arrive back to content. Whether this is a kick-ass blog post, awesome infographic or a great data visualization, these are great opportunities to generate coverage/buzz (links) to your domain.

So while there has been a dramatic shift in how you can grow SEO visibility, the end goal is the same.

Should I be investing in Paid or Organic Search?

It’s a bit of a copout but it’s impossible to answer this question without taking the specific situation of a given brand or domain into consideration. For example, a local business that has a small amount of competition that is looking to drive a few leads per week could develop strong visibility in organic and local search results – with a small spend.

However, if you’re a brand-new eCommerce platform that is looking to compete with some of the web giants such as eBay or Amazon, it’s likely that in the short term organic search is going to be a huge uphill battle – and you may want to look at investing in PPC.

Additionally, there is always going to be a case for established brands to run SEO and PPC simultaneously. A website may have fantastic SEO visibility for a fleet of core services, however, let’s say a new product range or service is added it will be difficult to rank for this in the short term – thus Paid Search is a strong short-term solution to boost search visibility and generate conversions for these services. To take this a step further to a keyword level, brands may want to turn off bidding on keywords where they rank in the top 3 positions organically. Spend can then be re-directed to keywords where is there is limited SEO visibility.

How powerful is your domain? Do you need to generate conversions now? What’s the cost per click for relevant keywords? What’s the competition like in organic search?

Ultimately what we’re talking about above is investing time into a clear digital marketing strategy – identifying long and short-term goals is imperative when making a decision regarding whether PPC, SEO or a combined approach is the best option.

Will backlinks ever not be part of Google’s algorithm?

In my opinion, not anytime soon. However, there have been conversations about dropping links as a ranking factor for nearly as long as links have been part of the algorithm. At SMX Advanced 2012 the previous head of web-spam at Google Matt Cutts stated: “I wouldn’t write the epitaph for links just yet”. Two years later in a Google Webmaster Video dated February 2014 a user wrote to the webspam team asking if there was a “version” of the Google algorithm that excluded backlinks as a ranking factor. Cutts responded:

“We have run experiments like that internally, and the quality looks much, much worse. It turns out backlinks, even though there’s some noise and certainly a lot of spam, for the most part, is still a really, really big win in terms of quality of our search results. So we’ve played around with the idea of turning off backlink relevance, and at least for now, backlink relevance still really helps in terms of making sure that we return the best, most relevant, most topical set of search results.”

Yandex, the largest search engine in Russia announced in December 2013 that links would not be part of their ranking algorithm for some industries. A year later, Yandex brought links back as a key part of their ranking factor. Previously, Yandex was overcome by shady link tactics in their algorithm, so they attempted to try and create an algorithm without them. Evidentially this shift away from links not playing a part of the ranking factor was not a success.

How will Voice search impact SEO over the next few years?

Anyone with even a vague interest in SEO will be aware that the rise of voice search and personal assistants like Alexa or Siri will massively impact the future of search engine optimization. Voice inputted queries on mobile devices will see the rise of “direct answers” to satisfy these voice queries. Sometimes called “rich answers” Google & Bing provide direct answer results in answer to specific user questions, where traditionally links to other websites were displayed.

Try it yourself. Open your phone and ask Google: “who is the president of the united states?” this will display Donald Trump. Next, ask “who is his wife”. This would then display a result which should display Melania Trump.

This is an example of the power of the Hummingbird and Knowledge Graph elements of the Google algorithm. Not only can google work out the entities of “President” “United States” and that “who” refers to a person, the follow-up query Google can understand that the “his” in “who is his wife” is related to the prior question and can connect the dots.

Direct answers are Google’s way to provide the best user experience by answer search-questions in the search engine results pages as quickly as possible.

The impact of this on SEO and website practices alike is that domains will need to provide clear answers to these search led questions.

Five Most Asked SEO Questions – 2018 Edition2018-02-092018-02-09https://www.wpsortit.com/wp-content/uploads/wpsortitlogoicon.fw_.pngWP Sort IThttps://www.wpsortit.com/wp-content/uploads/frequently-asked-seo-questions-2018.jpeg200px200px
About
Editorial Team
We scour the web to find useful information, tricks and tips so that you don’t have to. Repost here is not always an endorsement.
Copyright ©2022 WP SORT IT. All rights reserved. PART OF RPG - MOJO MEDIA GROUP 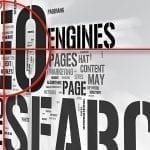 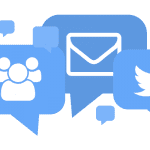 How to Use SEO to Manage Your Brand’s Reputation OnlineLONDON SEO AGENCY
FREE For 2 Weeks. Then, Under $2 per day . Cancel Any Time!
LETs GO
This is default text for notification bar
Learn more