Catalonia plots digital government in exile in bid for independence

Is this the future where tech meets politics??? Saw this article and thought you guys will like it 🙂
Photo credit: David Ramos/Getty Images

As Spain threatens to suspend the region’s autonomy, Catalan activists are making plans to take their government online.

Catalan activists are preparing to create a digital government-in-exile if Spanish prime minister Mariano Rajoy follows through on his threat to suspend the region’s autonomy in a bid to prevent it declaring independence.

“If the Spanish government does restrict Catalan autonomy – especially if it bans Catalan political parties – we will probably have a clandestine government,” says Simona Levi, founder of digital rights non-profit platform Xnet. “The internet would be an important part of that.”

Although details of the plan are unclear Thomas Harrington, professor of Hispanic studies at Trinity College in Hartford, Connecticut, suggests “a country in the east of Europe which had itself gone through the process of declaring its independence from the former Soviet Union not all that long ago,” – believed to mean the Estonian government – might be Catalonia’s blueprint.

Estonia – already the world’s most digitally advanced society – plans eight data embassies that will each store copies of the government’s critical data to reboot in the case of physical or cyber attack. The first embassy, based in a cage in a high-security data centre in Betzdorf, Luxembourg, comes online at the start of 2018.

“When the Russians invaded the Ukraine we asked, ‘Can we survive as a nation even if we don’t own our territory?’” explains Taavi Kotka, Estonia’s former chief information officer who spearheaded the scheme. “If you can have everything online, you become location independent. We built data embassies in the way Lord Voldemort placed his soul in different vessels – if one goes down you boot up another for digital continuity.”

The Catalan government and pro-independence activists have already survived an online game of cat and mouse with the Spanish state, according to Xnet analysis. On September 13, the Spanish government used a court order to shut down the referendum.cat web page – prompting the Catalan government to open new sites and a Valencia-based user called GrenderG to publish the site’s content on Github.

Clone sites proliferated and over the following ten days the Spanish government blocked more than 140 websites, forced Google Play to remove an app with voter information and blocked the domain gateway.ipfs.io, which used the peer-to-peer Inter Planetary File System protocol to store referendum information across a wide network of servers. Guardia Civil officers raided the headquarters of the .cat registry on September 20, seizing computers and arresting the company’s CTO Pep Masoliver – who was later charged with sedition.

“The Spanish government is using an anti-phishing technical infrastructure to stop people going to those websites,” says John Graham-Cumming, CTO of web security company Cloudflare. “In Togo or Gabon or Tunisia or Syria with maybe one large telco that’s probably state owned it’s relatively easy to shut the internet down. Inside Spain, they’re redirecting those domain names to their own servers where there’s a page from the Guardia Civil saying the page is shut by court order.”

“This is not something that you normally see in a modern democracy – it’s the kind of thing you see in Turkey, Egypt, China and Iran,” says security consultant Troy Hunt.

In response, activists set up channels through encrypted messaging apps such as Telegram, guiding internet users to access the affected sites using Virtual Private Networks and proxy services. During the October 1 referendum and resulting police crackdown, polling station volunteers communicated through clandestine data networks created by routing smartphones through VPNs to operate without access to the open internet. In the streets, activists and referendum officials chanted “airplane mode”, urging voters to preserve network bandwidth for people working inside the polling stations.

“What we are seeing playing out in Catalonia is the strategic use of secrecy via technology to imagine and enact a different kind of politics,” says Dr Clare Birchall, senior lecturer in contemporary culture at Kings College London who writes on secrecy and surveillance argues this represents a new, radical form of secrecy.

“We could say that the Spanish government feels as threatened by this appropriation of secrecy and opacity as it does by the possibility of Catalan independence. From arcana imperii to covert surveillance and operations by intelligence services, secrecy has largely always been the preserve of the state. This could herald the rise of a ‘radical secrecy’ – an attempt by activist groups to establish secret networks to rival those of the state.”

Catalan premier Carles Puigdemont is expected to declare independence on Tuesday at a session of the Catalan parliament already declared illegal by Rajoy. In a Sunday interview with Spain’s El País newspaper, Mr Rajoy insisted “the government will ensure that any declaration of independence will lead to nothing.” Asked whether he was prepared to invoke the Spanish constitution’s Article 155, allowing the national parliament to run the autonomous region, Mr Rajoy added: “I don’t rule out absolutely anything that is within the law.”

We found this article on this link below: 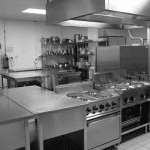 What Phil had to say about us :-)Uncategorized 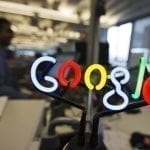 How Google aims to bring TV advertising into the 21st centuryUncategorized
FREE For 2 Weeks. Then, Under $2 per day . Cancel Any Time!
LETs GO
This is default text for notification bar
Learn more